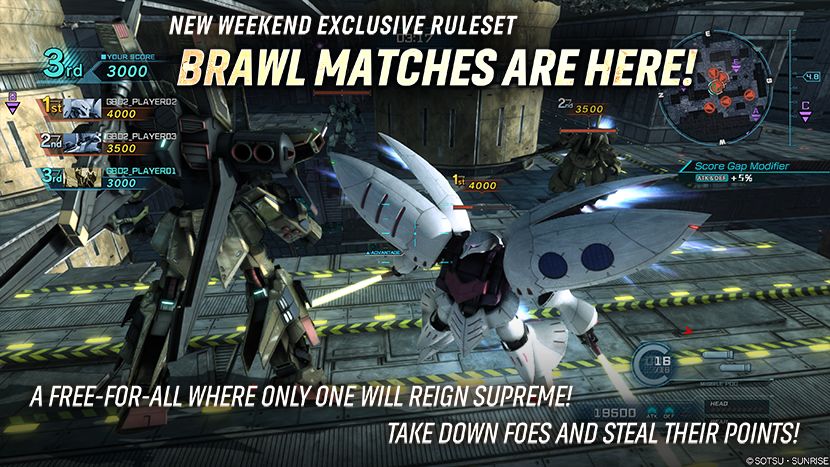 ■To celebrate this new feature, Brawl Match will be permanently available for the following period

3. In addition to your own rank and score, you can also check your opponent’s score.
・Your rank and score will always be displayed on the left side of the screen, and you can also check your opponent’s score if you have captured them on the mini-map.
⇒ If you have the “Stealth” skill, you will not be able to see your score until you capture the mini-map.

4. The top three will have their pilot information shared.
・Pilots whose score earns them a spot in the top 3 will have their pilot information shared with all participants.
⇒ During battle, the top three players will share their MS and scores on the left side of the screen, so the top players will be easier to target. The rankings will also be displayed on the scores above the MS’s head.

◎The results of various parameter adjustments made on Thursday, March 25, 2021 have been added.  ※Check HERE for more details. 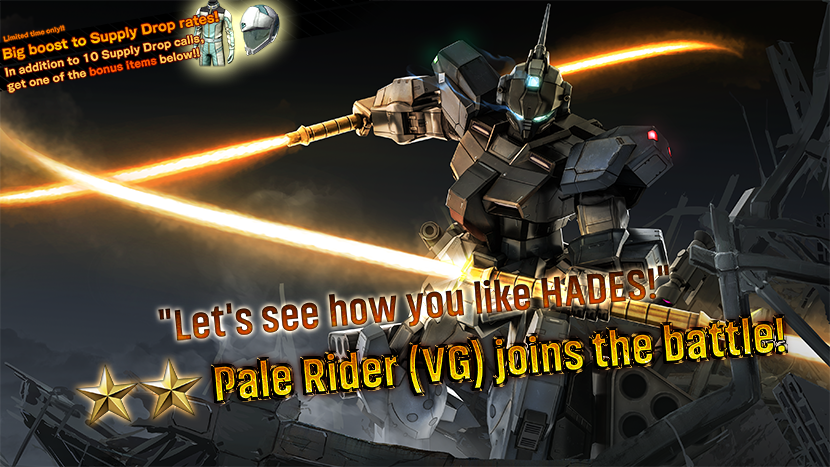 ※For more details, please click HERE.
■New materials for exchange have been added to the Recycle Counter
⇒ Information on some of the newly added materials:

■Materials for exchange have been added to the DP Exchange Counter
⇒ Information on some of the newly added materials: